„I‘m breaking down boundaries between modern and classic art! – My greek ancestors provided mankind with art and musik – a tradition I‘m keeping alive by creating artworks taking its beholder on a travel through time – in which past and present are merging. The title „El“ emphasizes my respect and honour for the spiritual fathers of freedom and of the golden ratio – the foundation of artistic work and reckoning. In this way I project the ancient spirit onto modern day urban architecture.” – El Piti 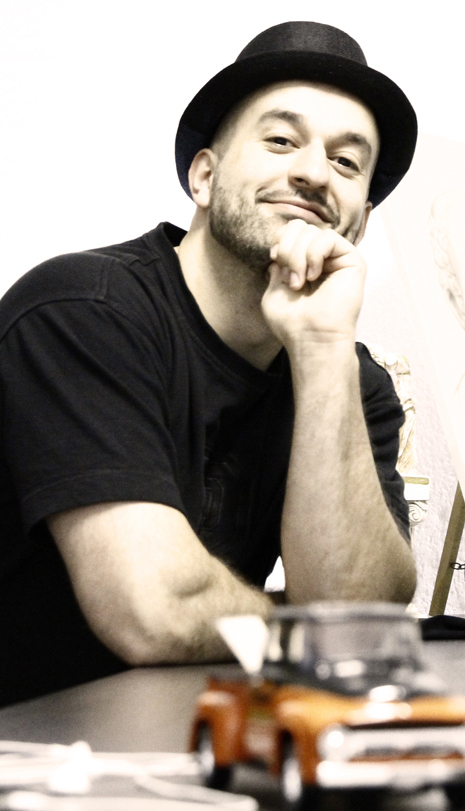 In his younger days it was yet possible to admire El Pitis artworks on the urban walls of Hannover. In this era his anxiety for artistic expression increased – thus in the course of time it was not surprising that he developed his skills also beyond the graffity-scene and dabbled in the art of airbrushing. His thirst for knowledge made him go to Los Angeles, where he dedicated himself to Custom-Painting under the special direction of grandmaster Gerald Mendez. El Piti now adopted new spray-techniques and combined distinctive features of different styles. Having succeeded in creating numerous remittance works, El Piti has entered the league of professional artists for a long time – still he did not rest on his laurels and thus incorporated other tools into his repertoire – he therefore also started to carry out his artistic visions within the digital art via graphic tablets. Although he masters a lot of tools and techniques – for El Piti this is only a means to an end. He emphasizes that creativity is most important and essential for his works as a whole concerning their force of expression – regardless whether for digitally designed logos or walls to be sprayed.

We're not around right now. But you can send us an email and we'll get back to you, asap.